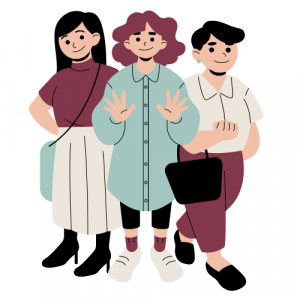 “One of the deadliest tools of powerful systems is narrow definitions of what is “normal” and the reduction of difference to deviance.” ~ James Arpin-Ricci

There are power structures present in our society. The world is designed to favour some people over others, based on facets of our identities that we neither chose, nor have any control over. The resulting system grants privileges to certain groups of people and contributes to oppression against others.

Most privileged identities are typic of the majority of people. They are seen as the ‘default’. People belonging to these dominant groups, then, are never really forced to examine their place in the world and so they grow up blind to the advantages they have over others.

Majority identities, like heterosexual cisgender people for example, hold the power in an unequal society by virtue of their privileged position. They serve as the measure of what is normal, real and correct. Their power is the ability to define reality in a way. This happens on every level.

First, individual beliefs and values align with this idea of reality, which is skewed in favour of the dominant identity.

These are reinforced on an interpersonal level through actions and language.

These behaviours are manifested on an institutional level next (politics shape society), they influence the structure of public policy, the legal and education system, the workplace and also the media – from which’s subliminal messaging goes on to inform collective ideas about what is ‘right’ what is ‘attractive’ what is ‘dangerous’.

These ideas are integrated into our individual belief systems as we grow. This is a self-perpetuating and self-propagating system. It builds and sustains itself from one generation to the next.

For the LGBT+ community it’s this system that causes us to marginalized and misunderstood. There are many facets at play beyond simple homophobia/transphobia that have served to create a society in which we do not fit. 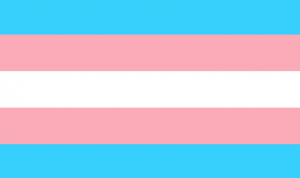 Cisnormativity is the assumption that all person’s have a gender identity that coincides with that which they were assigned at birth.

It has strong links with gender essentialism – the belief that there are intrinsic skills and qualities pertaining to men and women and innate differences between the two.

On an interpersonal level it looks like refusing to acknowledge someone’s gender identity, or more seriously violence against trans people.

On an institutional level laws are passed making transition harder, or limiting legal recognition and rights such as discrimination protections.

In the media we might have cis men playing trans women, for instance, further perpetuating the idea that trans women are in fact men wearing dresses. This media messaging can incite disgust and confusion within individuals who absorb it.

Cisnormativity contributes to the erasure of trans and nonbinary identities. It is also the driving force behind violent transphobia and oppressive cissexism.

It’s important to challenge cisnormativity in order to promote acceptance of trans people. It will also help to free both men and women from oppressive, restrictive gender roles. 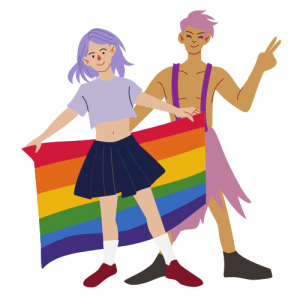 It has strong links to cisnormativity, sexism, gender binarism (the belief that there are only two genders) and gender essentialism.

Heteronormativity can cause queer people to be perceived as deviant or unnatural. It can lead to the erasure of bi/pan people and contribute to the marginalization of a-spec and poly people. As if a person is not straight (and all people are meant to be straight) then something must be wrong with them, and they ought to be ‘fixed’.

On an institutional level, heteronormativity takes the form of denying marriage equality and same-sex adoption, and in some countries severe penalties for those engaging in same sex activity.

On an interpersonal level, it can take a form of unintentionally inaccurate assumptions– such as assuming that a woman is referring to a man when she mentions a spouse or fiance, or expecting one partner in a same-sex couple to be more feminine than the other, it can drive violent hate crimes also.

In the media harmful stereotypes and an over-focus on sad stories such as men dying of AIDS, committing suicide, being murdered…can cause the belief that being gay is bound to be an unhappy life and will cause people to mourn for the gay friends and relatives.

It’s important to challenge heteronormativity in order to normalize same sex relationships and prevent the subsequent suppression and violence against MOGAI people. When heterosexuality is no longer the default, people will be more able to experiment and to express themselves. 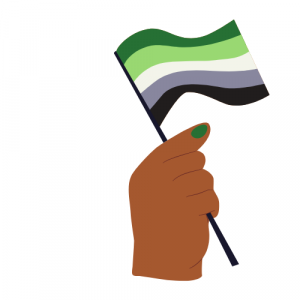 Amatanormativity has strong links to patriarchy (the supremacy of men and their control over women), heteronormativity, compulsory sexuality (the pressure to perform heterosexuality regardless of one’s own identity) and antisexualism.

It hurts a-spec people the most as it causes non-romantic relationships to be devalued while romantic ones are celebrated, and it erases those who choose to pursue other paths – i.e. remaining single, polygamous relationships. It can cause aromantic people particularly to feel like failures since they cannot/don’t want to succeed in romance.

Everyone is harmed by amatanormativity however, since it reinforces the capitalist construct of the nuclear family as the apex of fulfillment – which makes it harder to build storng communities and causes social isolation.

On an interpersonal level amatanormativity looks like pressuring people to date, asking when they’re going to get married, projecting romantic roles onto children.

On an institutional level the whole world is built with the assumption that everybody exists in a coupling. It’s harder for a single person to afford to live.

In the media there is a saturation of romantic content, and a portrayal of those who eschew romance as ‘damaged’ in some way. Individuals absorb this messaging and come to believe that romantic love is the whole purpose of life. They may begin to be suspicious of those who choose to remain single, or look down on them. They may be distressed at their lack of luck in the romance department.

It’s important to challenge amatanormativity in order to promote acceptance of a-spec people, challenge the building blocks of patriarchy and encourage new more genuine ways of partnership and human connection.

The powers that be like to keep us arguing over what is natural but it’s important to acknowledge that “natural” isn’t really a good benchmark of what constitutes healthy behaviour.

It doesn’t matter if homosexuality is naturally occurring. Or being trans, or asexual. Why must we conform to a narrow definition of normal - why should we accept 'natural' if that's not what liberates us, fills our hearts and makes us happy?

I think it’s important to say that no amount of homophobia/transphobia/aphobia can be acceptable. Trying to establish a root cause of something that presents not threat to human life or happiness is a pointless endeavor and always comes with poor intentions.

The most dangerous phrase in the English language is ‘this is the way we have always done things’ we need to resist any assumption that there is one-true-way to do or be. Unless it can be demonstrated that something is harmful it will only lead to more oppression and hate. 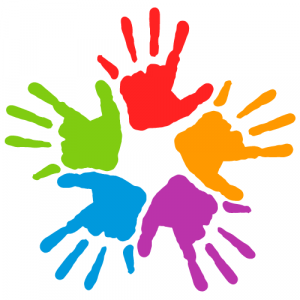