However, it was also announced that the legislation they are moving forward with will not extend to trans people.

Trans people have been found to be subjected to 'conversion therapy' at alarmingly high rates. For example: according to the Government's own research, trans and non-binary people are at an increased risk of being offered or undergoing 'CT', and recent research by Galop found that 11% of trans and non-binary respondents had been exposed to 'CT' practices by their own families. This was compared to 5% for all LGBT+ respondents.

'Conversion therapy' is abuse and must be banned without exception. Please join us in campaigning to ensure trans people are not left behind.

BanConversionTherapy has produced a Parliamentary briefing outlining why trans people must be protected by the ban and debunking common misconceptions.

Please share this briefing with your MP and other contacts. 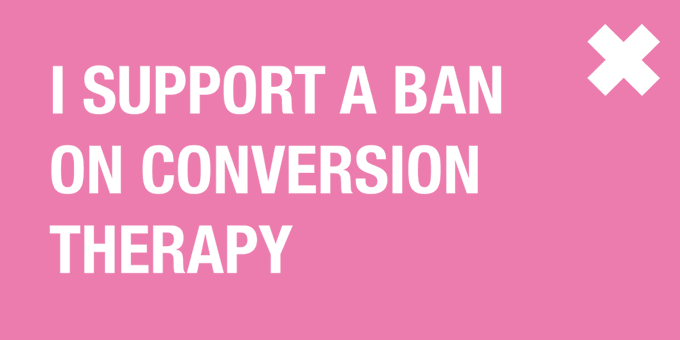 Write to your local MP

Write to your MP to urge them to stand up for all LGBTIQA+ people. Make sure to let them know what your views on the current proposals are, why this issue matters to you and what they should be doing to support LGBTIQA+ rights.

In light of recent events, please write to your MP urging them to commit to a complete ban and write to the Prime Minister to ensure a ban on 'conversion therapy' protects all LGBTIQA+ people. We recommend using BanConversionTherapy's up-to-date template as a starting point!

You can also read our statement to MPs below from February 2022 (which has statistics and tips for activists at the bottom of the page). Feel free to use our e-mail template as a starting point!

Thank you for signing and sharing this petition! It has now gained over 100,000 signatures and will be debated in Parliament!

Thank you for joining us at Downing Street, SW1, London, on Sunday 10 April, 1pm, where the Ban Conversion Therapy coalition was protesting the UK Government’s decision to exclude trans people in the ban on conversion therapy. 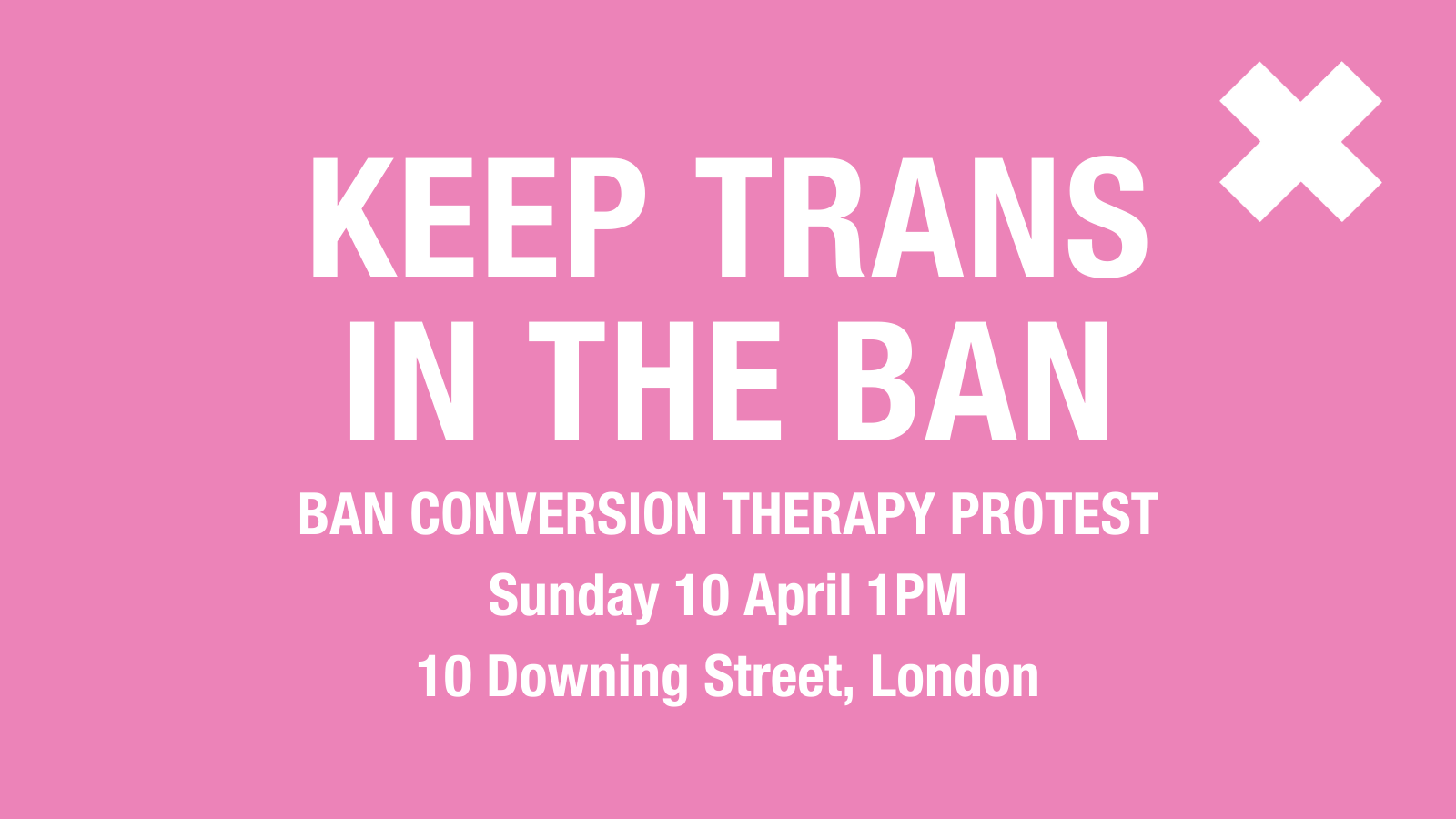 Responding to the Government's consultation

In 2021, the UK Government finally published proposals for banning conversion therapy and released a consultation seeking our views. We need to make sure the ban will protect every LGBTQIA+ person from abuse - no exceptions or loopholes.

While the consultation was open, the LGBTIQA+ Greens called for anyone who feels as strongly about banning conversion therapy as we do to respond to it.

The deadline for submitting responses to the consultation closed on February 4th, 2022. So, thank you to everyone who stood with us and took action - we are now awaiting the Government's response to the results of the consultation! 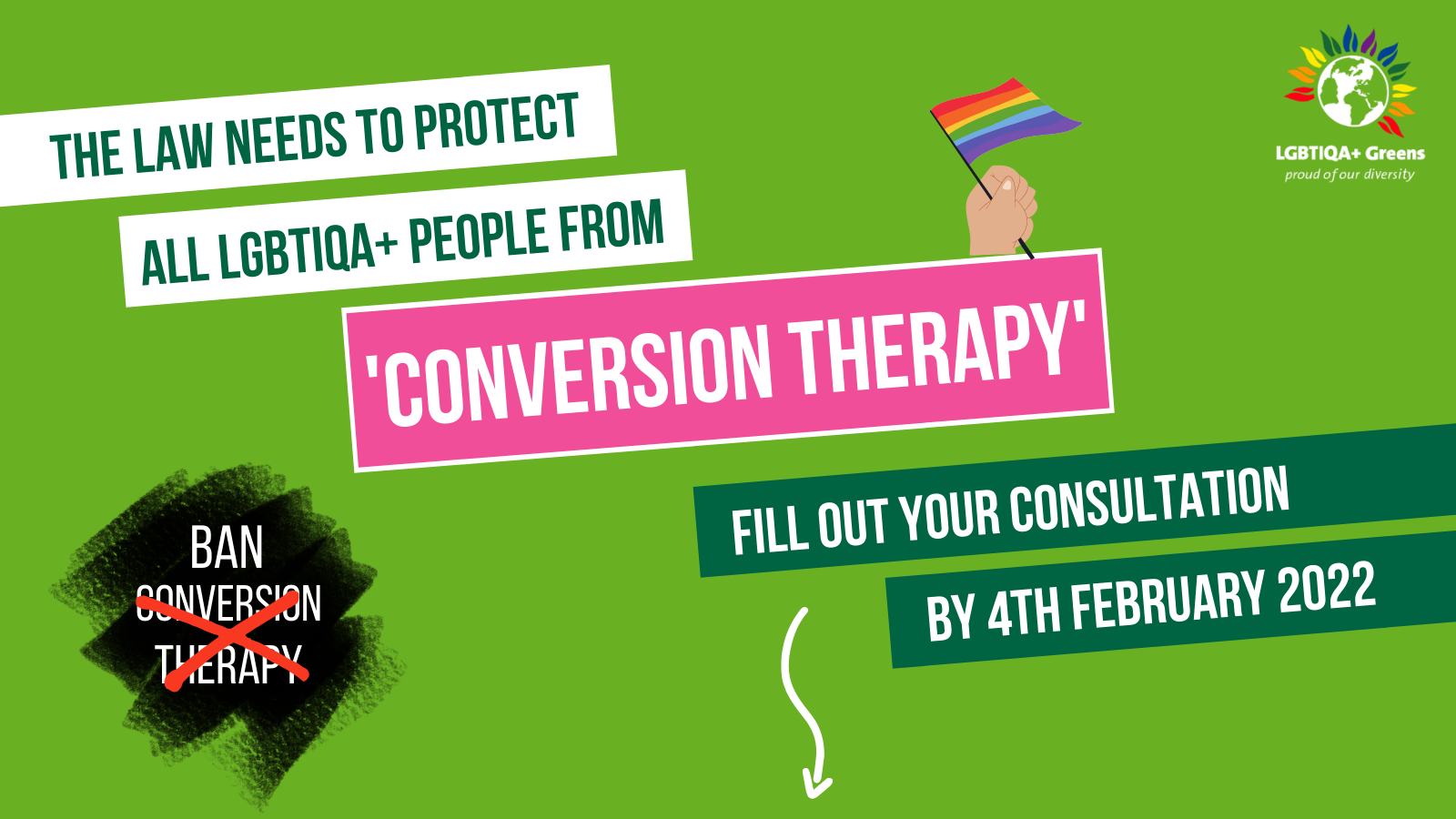 The Equality and Human Rights Commission (EHRC) is failing at its duty to support all LGBTIQA+ people.

As of April 2022, the EHRC is continuing to release misinformed and harmful guidance which puts trans people at further risk of marginalization in their day-to-day lives.