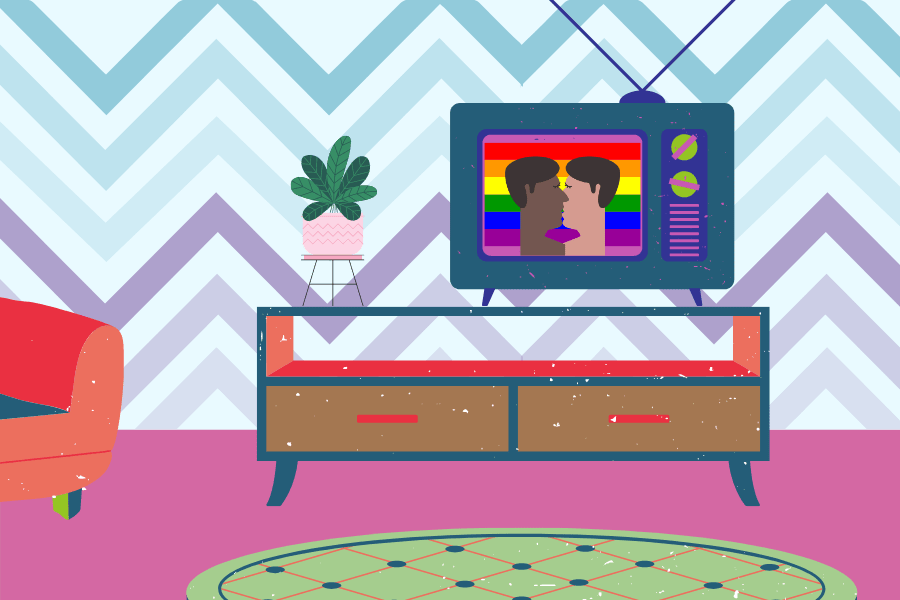 The Baker Thief by Claudie Arsenault is the most brilliant book I have ever read.

Well, actually, no it's not...it's just the first book with unquestioning aromantic representation that I've ever encountered. And it also happens to be gripping, seriously entertaining and contain compelling characters. A general all round win.

Make no mistake, The Baker Thief is a really good good book, well written and relevant and everything but the main reason I love it so much is because I can see myself. Without giving too much away the titular protagonist Claude/Clair, is a genderqueer aromantic baker whose love interest is the very female cop who is trying to bring him/her to justice.

(Spoiler altert-ish) There are two entire chapters near the end devoted to them talking through what their relationship might look like, what they both want and don't want from each other...it's really beautiful.

For an aro person, I'm not sure on whether I want a relationship like the one Claude/Clair and Adele have, but it's just so warming to see it as a possibility. To read a book where there are characters working through issues that are important to me. Where the final pairing comes about as a result of honest communication and not a distressing character development from lonely-confused-bachelor/ette-who-hasn't-found-the-one-yet...

Claude/Clair knows him/herself, he/she is confident and portrayed as a complete and valid person. His/her aromantic identity is framed in a matter of fact way, it's not a plot point, it just is. The book does this with virtually all the characters actually, there are a dozen different pronouns, and the various sexualities and identities of all those concerned are outlined in the same casual and gracious way.

Seeing yourself on screen can boost your self-esteem. It legitimatizes you, it allows you to explore emotions and issues vicariously through a narrative.

"But they showed a scene from Glee and one of my (yes cis, yes straight, yes white) friends was unimpressed."

I can't for the life of me recall what the subject of this particular assembly was, something to do with discrimination probably? But they showed a scene from Glee and one of my (yes cis, yes straight, yes white) friends was unimpressed.

"It's just so..." I can't remember what word she used, PC maybe? Forced?Something to that effect. She took issue with the fact that the ensemble cast was a curvy black girl, a jewish girl, an effeminate gay kid and a boy in a wheelchair. Not because she was a virulent racist, or homophobic or anything like that, it's just that to her this wasn't representative of reality.

It was artificial. Pandering. Whatever word she used, she'd effectively dismissed the importance of all those represented by Glee, who weren't really being represented anywhere else. Those minorities, who didn't get to look at their screens and see themselves.

Media is the vehicle by which we build our conception of reality. What we see, the subliminal messaging from our entertainment, from the news, from advertising becomes our measure of what is normal, real and correct. When the media is too homogenous we get a skewed idea of what the world looks like, what people are in it, and we don't learn to feel for, to empathize with, to even notice those minorities who aren't represented.

Specifically, the trajectory of queer media presence has changed a lot over the last few decades. We have one now, for instance. We are no longer banished into the shadows, or the fringes, or the X rated theaters, we've gone mainstream. But there are still problems.

Back in the 60's, 70's, 80's we were concerned at the time with simple visibility. And then portrayals that weren't controversial or intended to be negative. This was a fine jumping off point. We wanted to fit in, to be accepted, and that entailed - at first - conforming to certain standards. The needle could only be moved so far and so fast...we had to be patient.

"...the problem with this was it didn't allow for diversity within the LGBT+ community."

So this early push for representation was preoccupied with having the "right" kind of visibility. We wanted to subvert the stereotypes and change the way we were viewed as a demographic. But the problem with this was it didn't allow for diversity within the LGBT+ community. The sissies, the bull-dykes, the 'drag queens', all those who didn't fit the tolerable format, they still exist and they're still valuable members of our community. And they were left behind by simple visibility activism.

This is part of the reason that even the most enlightened, progressive queer media today is overwhelmingly male, white, cis, middle-class and that those within the community are assumed to share characteristics, experiences, behaviours, desires, etc...

Clearly, it's not enough just to display marginalized demographics in the media of course. It also matters how you portray them. Sometimes the way that they are portrayed is actually damaging in itself.

But what is it exactly that makes media exploitative, or otherwise damaging? It's a combination of factors. The intent of the media - who created it, the perspective of it, the subtext and whether it is inclusive or 'othering'

Tokenism is a non-inclusive example of media representation where creators make a symbolic effort to represent minorities, but they 'cheap out'. These characters are never central to the plot, they also tend not to be fully fleshed-out in themselves, and can come across as offensive stereotypes played for comic relief. In this way they 'other' the minority they are supposed to represent, since they are just there for the sake of being there, and bear no particular importance.

Queerbaiting, is an example of representation with poor intent; this is the trend where an author or media creator hints at a character being gay but it never goes further than blink-and-you'll-miss-it hinting, and more often than not, the characters they wind up in a heterosexual pairing and we are left feeling stupid for ever hoping it could happen.

It's a way of roping in queer audiences without actually taking the risk of challenging the status quo. It tells us the media creators don't actually care about us, it's cheap pandering, misleading us to sell a product.

Bury your gays is an example of damaging subtext. This refers to the fact that statistically, queer characters are more likely to die than their straight counterparts. And more likely to die because they are gay. In aggregate, this trope sends pretty clear subliminal messaging to those watching - being gay is a painful, difficult, potentially life-threatening condition. What's that going to do for a teenage kid who hates himself? Is it any wonder that parents fear their children being gay when this is what they're told is waiting for them?

This situation is doubly bad for Trans people, the only films with Trans protagonists I've ever seen are Boys don't cry and The Danish girl...and these aren't great examples of representation because although they tell trans stories they don't star trans actors. Lili Elbe - the first woman to go through gender confirmation surgery is played by Eddie Redmayne, and real-life American trans man Brandon Teena is played by Hilary Swank. This only serves to reinforce the belief that trans woman are men pretending to be women and vice versa.

This is misrepresentation since the experience of being trans is being portrayed from an outside perspective, it gives cishet people the power to control meaning and identity. This is bad representation since it does not actually lift up trans voices.

Representation matters. The people in this world are more diverse than our media would have us believe. Ignorant people are fond of pointing out minority characters as if they're inventions of a liberal conspiracy, "What's next; a fat, black, non-binary amputee?" I literally know one of those. And they deserve to live in a world that welcomes them too.

You are not the default, people exist.