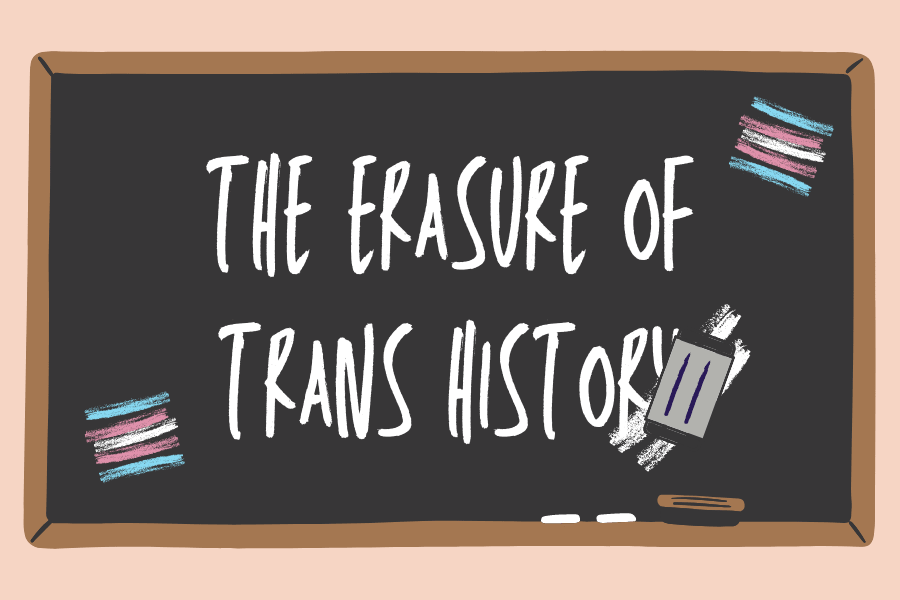 If you’re nursing a prejudice against a persecuted minority and someone calls you on it, what do you do? Merely denying that you are a bigot leaves you under social suspicion, and wheeling out the ‘some of my best friends are…’ defence really doesn’t cut it these days.

So for the unreflective bigot, attack is the only option.

You might start by denying the reality of the minority’s persecution. For example, you might say that homosexuality is now ‘socially acceptable’, so homophobia is a non-issue. You might ask what rights LGBTIQA people don’t have. You might insinuate that any mild bigotry on your part is of little consequence, on a par with a prejudice towards those with red hair, for example.

Having asserted that a group is not really oppressed, the next step is to deny the existence of the identity that binds them together. After all, if being transgender is a modern fad, if there is no historical evidence of trans people, if gender dysphoria is made up, then really, what is all the fuss about?

"Killing minorities isn’t enough. For the true bigot, they must be expunged from history."

From asserting that a minority group doesn’t exist figuratively, it is a short step to ensuring it literally no longer exists. From Armenia to Kosova*, and no doubt, in the concentration camps of China right now, the destruction of birth certificates, passports and title deeds is an essential prerequisite to mass murder. Killing minorities isn’t enough. For the true bigot, they must be expunged from history.

Many times, LGBTIQA people have borne the brunt of this hateful impulses. One of the most significant episodes, which has had terrible repercussions for transgender people in particular, was the storming and looting of the Berlin Institut fur Sexualwissenschaft in 1933.

Set up in 1919 by one of the most extraordinary figures in German history, Dr Magnus Hirschfeld, the Institute was a beacon of hope amid the gathering darkness of Central Europe at the time.

Hirschfeld had been working for LGBT rights since the 1890s. He was a vocal opponent of Paragraph 175, the law that outlawed homosexuality in Germany. He had worked with Berlin police to reduce the persecution of transgender people and campaigned for equality for LGBTIQA people.

The Institute was the embodiment of Hirschfeld’s campaigning. Regarded as the leading international resource on transgender issues, it was part library, part health centre, part advice clinic. It offered temporary housing, work, medical treatment and legal support; a place of support, community and friendship, particularly for transgender people and gay men.

It was also home to a huge resource of information on trans people: our history, our bodies, our sexuality and our treatment: a comprehensive testament to our existence. So in May 1933, just three months after Adolf Hitler became Chancellor, it was an obvious target.

The first attack on May 6th, was carried out by the German Students Union. They smashed doors, broke windows and ransacked the building. Over the next few days, there were more attacks. On May 10th, tens of thousands of books, papers and other documents snatched from the Institute were burned in Bebelplatz Square.

It is believed that Dora Richter, the first transgender woman to undergo gender reassignment surgery, was killed during one of these attacks. Lists of names and addresses taken from the Institute were used in subsequent purges, including the 1934 Night of the Long Knives. Kurt Hiller, the Institute’s administrator, was sent to a concentration camp. Hirschfeld himself, who had been out of the country at the time of the attacks, was never able to return. He died in France in 1935.

"It robbed us of perhaps the most comprehensive library of transgender history and experience ever assembled."

Bereft of so much evidence, transgender people still have to fight to be acknowledged. To this day, anti transgender campaigners often assert that transgender people don’t really exist, that gender dysphoria is a mental illness, a fetish, a pathology born of the internet. They are standing on ground that was cleared by Hitler’s thugs.

At a time when some are attempting to divide us, the story of the Institut fur Sexualwissenschaft is an important reminder that bigots, bullies and extremists do not distinguish between the different strands of LGBTIQA community. If we are to build a brighter future, we must never forget the importance of standing together, shoulder to shoulder, and honouring each other’s identities.

*Kosova is spelled this way because the 'o' ending is used by the Serbian state, and although in English it is normal to go with this ending, Albanians refer to it as Kosova. As the territory is majority Albanian, and was repressed by the Serbian/Yugoslav authorities for many years before earning its independence, their preferred spelling is used.