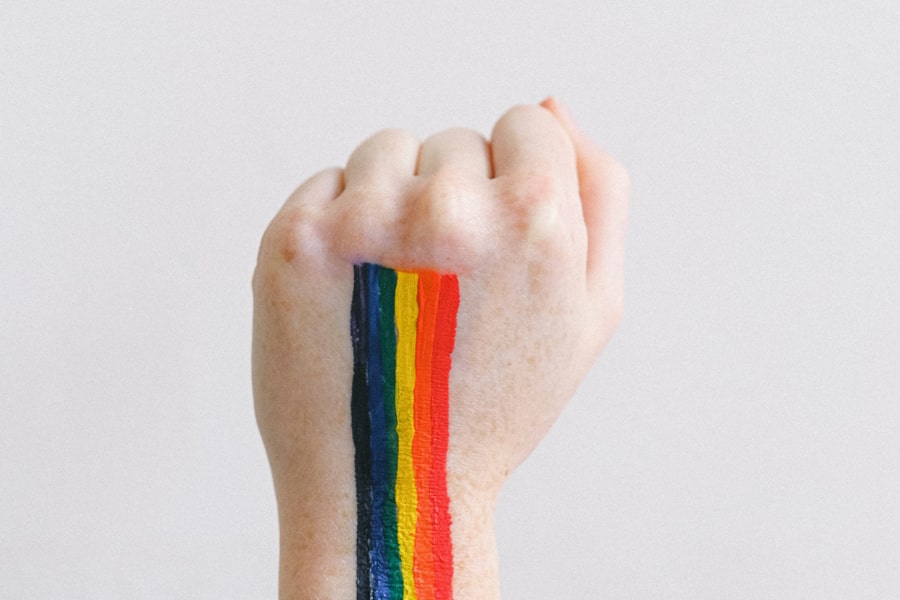 I am known for somewhat ignoring massive red flags when it comes to my relationships and I, among others, am guilty of this regarding JK Rowling.

We should have seen JK Rowling’s transphobia coming from the way she has treated queer and queer-coded characters in Harry Potter…werewolves as metaphors for people infected with HIV and presenting their efforts to forcibly 'turn' kids is in poor taste when homophobes are still saying the 'gay agenda' intends to “turn kids gay.”

Clearly, we are not reading the same “Gay Agenda” because my copy includes: a Green New Deal, no austerity, oat milk cappuccinos and looking fabulous in glitter that doesn’t harm the environment.

We defended Rowling in our youthful naïveté saying things like “oh but they’re just the bad werewolves that want to turn the children”. However it has to be said it was an unhelpful and damaging analogy to her countless LGBTQIA fans who have been fans of her books.

This is not to mention the Dumbledore fiasco, but my editor has given me a word count, so I am moving on.

Gender is defined by Lola Olufemi in her book Feminism, interpreted as “our sense of self in the world, how we present our bodies, speak, move- anything that refers to our presentation and relationship with our bodies”. TERFs, however, like to focus on the bodies part of that definition. TERFs rattle the chain of BiOloGy in terms of genitalia and hormones and genetics but then say that only women menstruate. Or Only menstruators are women.

"Menstruation is associated with women, but it is not universal nor is it exclusive to this group."

Firstly, transmen and NB people have periods and secondly, not all cis women have periods for instance becuase of menopause or congenital conditions or some other medical issue. Seeing as they are so keen on biology; I will put it in biological terms: Menstruation is associated with women, but it is not universal nor is it exclusive to this group.

Personally, even as a biologist, some of the debates that go on about the metaphysics of gender go over my head. That being said the very complex, mind-boggling fact that your biology does not define you is actually quite a simple one to understand. In the grand scheme of things in practical terms, the fact that your biology does not define you is very simple. In fact, it’s taught in first year genetics modules. This means it is not a very complicated concept. Yet, TERFs cannot simply understand that if you have a Y chromosome, that does not necessarily a man make. They also do not recognise the equally simple biological fact that traits are expressed on a spectrum, so why can't gender also be considered on a similar spectrum? Ain’t no protein got time for binaries.

I have heard genetics lecturers and biology teachers call the Y chromosome a “runt of a chromosome” because it is SO MUCH smaller than its X partner. Embryology, genetics and Developmental biology has shown that we need at least one pair of chromosomes at position 23 and one of them has to be an X but other than that, your biology can manage with seemingly any number of chromosomes at that position [source] [source].

Your sex is seen as so natural and, therefore, so unchangeable but refusing to question the natural world, of which we humans are a part, goes against millennia of scientific research and efforts across the globe.

The constant, incompetent banging of the Biological Woman Drum by TERFs harms all women- cis and trans. Focusing on cherry-picked aspects of female biology and using them to define womanhood flies in the face of the plain reality that women are more than our biological bodies.

"Recycling your outfits is awesome but recycling decades old homophobia to use against trans folk is just awful."

The difference is time. Recycling your outfits is awesome but recycling decades old homophobia to use against trans folk is just awful. When I was in school in the 2010s I had my uniform thrown into a distant corner of the changing room, told to go change in the leaking shower cubicle so I couldn’t see the other girls, kicked to the floor and told “serves [me] right for being a fucking lezza” and at the milder end, I had girls refuse to change until I had left the changing rooms. All this and my teachers did nothing, nor would anyone support me when I finally had enough courage to report it.

JK’s seemingly incessant fixation on policing who can and can't use the ladies’ loo not only harms trans women but also butch queer women. A person's gender identity or genitals does not determine whether you can freely and safely use a public loo. As an androgynous lesbian, I have never once had to present my passport or driving licence to use the toilet at school, a train station or anywhere in public. I have, however, been told where the boys loos are in school after I cut my waist length hair to a pixie and wore trousers. I have had the awkward, soul piercing stares as women try to “work out” whether I should be there or not. To paraphrase Contrapoints, whether you get into a women’s toilet is determined by how well your appearance conforms to feminine stereotypes.

TERFs don't stop at Trans Women either, they say that butch lesbians become trans men as a way of “opting out” of being a woman. This blatantly ignores the experiences of gay, bi and GNC men who suffer extensively under the same system which oppresses women. Belief that a trans man would have an easier existence than a cis-woman is antithetical to the experiences of many queer men. The belittlement of the experiences of queer men is homophobic.

It goes without saying that medical transition, which is often implied to be the only “correct way” to transition is heavily, heavily gatekept. No trans person ever wakes up one morning and says “you know what? I think I’ll start taking testosterone, I’ll just pop to the pharmacist and get some.” It can take over 2 years to get your first appointment, and this is before you can even think about getting hormones prescribed.

One group does not lose rights by another gaining them. Trans women are not a threat to cis women as JK claims in her article. Rising tides lift all boats. If, as she claims, they are worried about gay people, well then she shouldn’t be pushing an ideology that directly harms the entire LGBT+ community.

Trans women are not a threat to cis women as JK claims in her article. If, as she claims, they are worried about gay people, well then she shouldn’t be pushing an ideology that directly harms the entire LGBT+ community. One group does not lose rights by another gaining them.  Rising tides lift all boats.