My GP was flicking through pages and pages of computer records. I was at my one-month check-up after starting testosterone and she was trying to find the results of my previous smear test. “Of course,” she said, “You don’t need to worry about contraception.” I was confused for a moment - everything I’d read suggested that you cannot use testosterone as a method of contraception. “Actually, I’m on the progesterone coil.” I replied. She looked surprised and I realised it had happened again, she had assumed from my gender presentation that I did not sleep with partners who could get me pregnant. 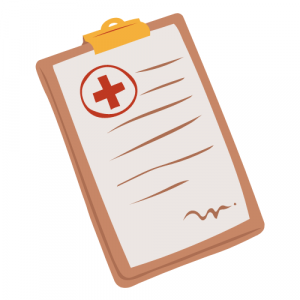 Bisexual erasure is the denial of the existence of bisexual people or the validity of bisexuality as a sexual orientation. It can also be experienced by pansexual people, or people of other polysexualities; wherever there is someone who does not identify as either gay or straight, there is someone who will tell them they have to choose, or as is common, choose for them.

The results of assuming that we are all gay or straight can vary from...

Bisexual erasure presents itself in myriad forms and intersects with the gender and presentation of the person experiencing it. I cannot speak to the experiences of cis bisexual men or transfeminine folk and so I will not try, but for me, the experience of social gender transition has been read as one of a change in my sexuality, from straight to gay.

Presenting as female in my twenties, I experienced bisexual erasure most strongly from cis straight men and cis lesbians. Both were very clear that I was not welcome in their ‘attracted to women gang’ and were quick to invalidate any experiences I had of same-sex attraction. Both groups often assumed that bisexual women faked their desire for other women in order to attract men. This led to men assuming a disclosure of bisexuality was a come on and to lesbians calling me a traitor, believing I was ready to drop them the moment a man appeared on the scene. Men in particular repeatedly told me that until I had a sexual encounter with a woman, I was straight.

As an aside, it was always explicitly a sexual encounter, not a romantic one, which I suspect speaks to the pressure cis men feel to ‘get laid’. Any crushes or one-sided teenage longings I had felt for women were impotent as proof that I experienced attraction to them.

The idea that you are straight until proven otherwise is deeply homophobic, as it takes as its base assumption that heterosexuality is the default. A pansexual friend of mine had internalized this narrative so thoroughly she used to re 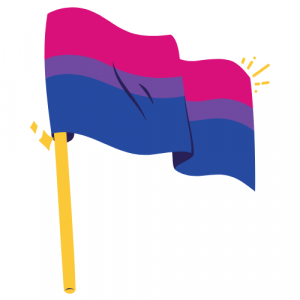 fer to herself as ‘spaghetti – straight until wet’. Her experiences of sleeping with women had been entirely eclipsed by the fact that she also slept with men. Women and AFAB people are instructed by society that our sexuality exists only to please straight men; bisexual women can internalise this as seeing their attraction to women as a consequential aspect of their attraction to men.

Compulsory heterosexuality or ‘comphet’ describes the societal pressures to be straight that can lead lesbian women to have relationships with men. Sadly, some of the (entirely valid!) backlash against comphet has gone down the route of bisexual erasure, with the implicit or explicit presumption that all wlw who have ever dated a man, must be lesbians experiencing comphet.

One argument for the exclusion of bisexual people and our voices from queer spaces is that we supposedly do not experience discrimination to the same extent because we have ‘straight-passing privilege’. I hope I am not stepping away too drastically from the bisexual party line in saying that there is a kernel of truth in this – a bisexual woman in a life-long relationship with a man will not face the same challenges as a lesbian – as in all things levels of privilege do exist. But to say a bisexual person in an opposite-gender relationship does not experience discrimination at all is absurd.

I grew up in an intensely homophobic environment and identifying as bisexual did not stop me from absorbing self-hatred like a sponge. Likewise, suggesting that bisexual people ‘always have the option’ of passing as straight is heinous – are we expected to drop our same-gender relationships, or avoid seeking any out because we don’t feel like they afford us the right amount of privilege? The stereotype that we can choose to avoid this discrimination paints us as precisely this callous and fickle.

So much for my femme experience of bisexual erasure as a woman with male partners. I am non-binary and as I have hinted at, my gender presentation has slowly become more masculine. For a very long time I was in a monogamous marriage with a cis man and therefore, should the ‘straight-passing’ narrative hold water, I ought to have been the recipient of maximum passing privilege. In reality, the way my relationship was perceived depended on how masc I looked on any given day. Every time I cut my hair, I also cut away the social acceptance 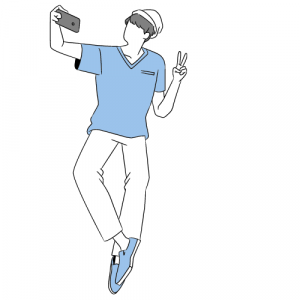 of my relationship. I was often assumed to be my husband’s sister - apparently the easiest explanation as to why a cis man and a masculine AFAB person would

share a surname and address. I am fascinated by the raw power of my gender presentation in that it was able to instantly undermine thirteen

years of a legal relationship. As I write this, I am still waiting out the legal cooling-off period of two years before we can amicably pursue a ‘no-fault’ divorce. Perhaps I should send the courts a selfie to speed things up a little.

At work, after cutting my hair, I started to be the target of homophobic bullying. A fellow PhD student routinely referred to me as a ‘lesbo’. Another man at work I barely knew commented on how I was “confused” about my sexuality. The process of discovering I was trans was admittedly a long one (if you think comphet is hard, try systematic transphobia on for size) but I have been unwaveringly sure on my sexuality since I was sixteen. On another terrifying occasion, I was cornered by drunk football fans who shouted slurs at me – slurs that lesbians have told me are not mine to reclaim. Luckily, I was unhurt, but I know another bisexual woman who was the victim of a gay-bashing. It can happen and when it does, our ‘straight passing’ privilege isn’t there to save us.

The image of straight and cis as the default and bisexuality as ‘Diet Straight’ is to blame here. Bisexual AFAB people are assumed to be femme. After all why not; if we’re just straight girls messing around with sex with women because we believe it will titillate men, naturally we would present in the way presumed to be most pleasing to straight men. Bisexual masc women, bisexual transmasculine folk – we are assumed to be lesbians in denial, and the relationships with the men we love on a deathclock counting down to the time we ‘come out’.

It can be very hard for someone who is polysexual to understand why monosexual people want us to ‘pick a team’. For many of us, we have never experienced attraction in this way, and it is hard for us to imagine only being attracted to one gender. It is my belief that the existence of bisexuality is threatening to ideas of rigid gender and sexuality in the same way that being transgender destabilises gender roles – if someone could conceivably be attracted to someone of any gender, then who is to say what is ‘gay’ and what is ‘straight’ – the rulebook has been torn up. The sexuality of any person could be called into question. A life-long commitment to a heterosexual marriage wouldn’t preclude you from being queer. The lines have been blurred.

Safer then, to assume that bisexuals are people who have yet to make up their minds.

As I draw this blog post to a close, you may wonder what I want you to take away from my changing experiences of bisexual erasure. I believe it would be best for all of us on the LGBTQIA+ spectrum, and yes straight people too, if we did not assume anything about gender presentation least of all that it has anything to do with sexuality.

That masculine woman you know might be gay, or she might be bisexual, straight, or perhaps they aren’t even a ‘she’ at all. Ask people’s pronouns. Make it clear it’s safe for them to talk. Likewise, do not assume someone’s sexual orientation based on their partner’s gender. Healthcare professionals, please get this right!

And for goodness sake, we don’t not switch from gay to straight depending on whom we are currently dating. Our sexual orientation is a facet of our own self, not who our partner is.

To summarise, I recall a recent occasion when one of my neighbours asked to be introduced to my partner, asking if he was a relative. “No, he’s my boyfriend.” I replied. She made that same surprised face as my doctor. “Oh, it just goes to show, you really can’t tell these days.”